Whether running on just a few computers or several dozen, Farm Foreman slices an animation's render time down to a manageable size. For instance, a task that might normally take a month and a half on a single computer can finish in under 24 hours on 40 computers. More worker computers can be "hired" to the team at any point to speed up the process.

Rather than dividing an animation into sets of frames for each worker computer to render on its own, Farm Foreman workers act as a team to finish the job together reliably and quickly. They run in parallel, each one rendering a single frame at a time, continually aware of which frames the others are currently processing, and moving on to the next available frame when ready. This ensures all workers keep processing until the very end and no frame is rendered twice.

If a computer shuts down unexpectedly or crashes, the others will continue where it left off, making the most of available time and resources. Once they've rendered the last frame, Farm Foreman workers automatically go back and check over each other's work, leaving no missing or unfinished frames behind.

When a job is done, Farm Foreman doesn't quit, it moves on to the next one in the queue. Once all the jobs are finished, it remains idle until more are added. This allows for multiple animation projects to be rendered, including multiple camera angles within projects. Farm Foreman even uploads all the rendered frames to an FTP server for remote access and sends a notification email upon finishing each job.

Farm Foreman requires two or more worker computers on the same local network with Windows 7 or later. Also required is a network-attached storage drive on a non-worker computer; this acts as central storage for the project files, queued jobs, render logs, and output frames. You should also be somewhat comfortable with the Windows command line or batch scripting. Farm Foreman is built for Autodesk Maya 2012, but should work on later versions too.

How to use it

Farm Foreman is free software: you can redistribute it and/or modify it under the terms of the GNU General Public License as published by the Free Software Foundation, either version 3 of the License, or (at your option) any later version.

Farm Foreman is distributed in the hope that it will be useful, but WITHOUT ANY WARRANTY; without even the implied warranty of MERCHANTABILITY or FITNESS FOR A PARTICULAR PURPOSE. See the GNU General Public License for more details. 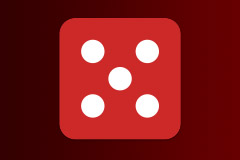 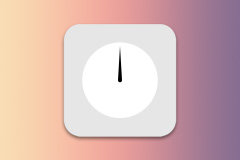